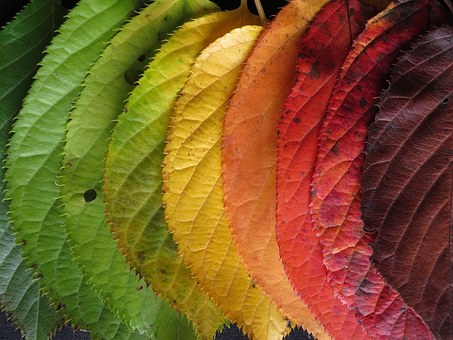 I sometimes wonder what is required for lasting change. Consider the number of self-help messages, books, videos and seminars that bombard our social network. These positive messages show up on a daily basis. It feels good to read for a while but shortly after, the effect is gone.

Self-help is a million dollar industry. Every year people spend a whole lot of money buying content that will help them ‘fix’ themselves.

In reality, if any of that worked we wouldn’t need any more books , CDs or seminars to be churned out.If even one of them helped us get the changes we were looking for, that one should just do it for us. Yet, we go from book to book, person to person in search of something that will change things for us.

As I looked for solutions that will provide lasting changes I stumbled on something that seemed to work. I found that Milton Erickson, father of hypnotherapy, was able to achieve changes in people in a really short period of time. Often, just one or two sessions were enough. I was curious to know how he did this. On further studying his approach, I realized that he was hypnotizing people and talking directly to the subconscious mind. That seemed to make lasting changes quickly. May be thats why the other stuff we do to help ourselves doesnt work — because we are working at the level of the conscious mind.

The positive messages we get, the books we read, the talks we attend — all cater to the conscious mind while the unconscious mind is the boss.

Neuro Linguistic Programming works on the unconscious mind. It puts the person in trance or an altered state and re-programs old beliefs to achieve change. NLP is known to achieve quick results. David Snyder, a master practitioner of NLP, says that a patient’s chronic illness has its root cause in repressed emotion. His patients come in with a problem and when he regresses them, he sees that invariably their problem is rooted somewhere at the age of 0–5 years. He also says that people dont know what the problem is when they come to him.

If they consciously knew where their problem lies, they would have fixed it by now.

This means that the subconscious mind had stored some messages long ago which are continuing to limit the person’s life as an adult.

This is similar to what Eric Berne (founder of Transactional Analysis) discovered. He said that a person’s life is lived based on a script that was written at the age of 0–7 years. This life script is just played throughout a person’s life. The personality is framed in early childhood. There are messages and injunctions that are firmly rooted and govern the way a person lives after that.

It brings me back to my point. Our subconscious mind is imprinted with our early childhood. People who work on the their subconscious are able to make changes in life, easily as well as quickly. This is probably one of the reasons why meditation is known to make people calmer. It works on settling down the subconscious mind and removing the negative blocks that might have affected us along the way.

It helps to work with practitioners who can speak directly to the subconscious mind.

Hypnosis is something that has got a bad name over time. May be because there are so many unqualified practitioners who get poor results. They also add a ‘black magic’ kind of feeling to it, making it all the more eerie.

I would like to suggest re-thinking the idea. Going into trace doesnt mean you have left this planet. In fact, in NLP trance inductions the person is very much aware of what is happening around him (more than otherwise). Definitely, the emphasis is on getting a good practitioner. With that, we can relive the magic of Milton Erickson. We can erase stuff that is no longer needed and reprogram ourselves with strategies that actually work for us in our current scenario.

Watch my training video on changing the unconscious mind.