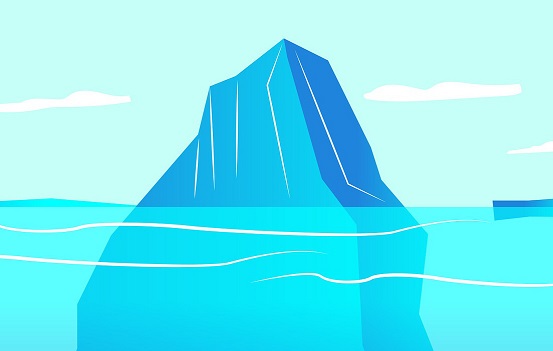 Has it ever happened to you that someone complimented you for something and you wondered if it was genuine or sarcastic? Or may be someone said they were happy for you but didn’t really look happy?

In ulterior transactions two messages are conveyed at the same time — a social message on top and the psychological message at the bottom. So it appears like you are saying one thing but actually there is something else you are trying to convey (left to the intelligence of the receiver).

People at the receiving end of ulterior transactions sense the dual message and usually feel uncomfortable or confused. They may or may not be able to accurately decode the hidden message but their body language does indicate their puzzlement.

Ulterior transactions lack authenticity. They result in strained relationships. The person who engages in ulterior transactions routinely ends up paying a price he might not be aware of. Slowly and steadily people stop trusting this person. It’s the same reason why we don’t tell lies because when one day we speak the truth no one believes us. Ulterior transactions work in exactly the same way. If a person engages in such transactions he will create an image in the mind of his audience of being this way. Hence, even when he speaks authentically it will be viewed with skepticism and skimmed for underlying messages. While people have to constantly second guess what this person is trying to say, it leads to loss of intimacy in relationships. This in turn leads to games.

Games contain many ulterior transactions with little or no authenticity on the part of the players.

Incongruent messages usually have their  roots in early childhood where it was not ok for the child to express himself. Any kind of free expression came at a price. Figures of authority preferred a smiling face to a sad one. So the child learnt to put up a good show irrespective of what was happening inside. In such a situation how does communication happen? The body language indicates the sorrow while the words express apparent happiness. The discrepancy is evident. Practice makes perfect and the pattern gets carried into adulthood.

The best way out of this is to become aware of what’s happening and to practice congruence by attempting to think, speak and behave in sync. This may not be easy initially and not even possible at times. However, while the sincere intention is there it is possible to create an atmosphere where we can speak our minds and let others do the same. It rids us of the strain of multi-level transactions and introduces simplicity in relationships.