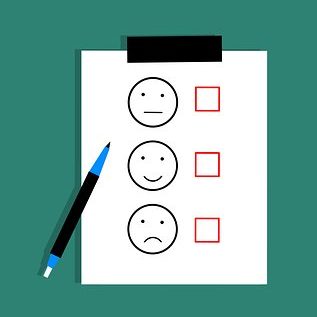 Have you noticed how a simple word can impact the meaning of what we are trying to say? The usage of the word BUT is interesting, especially while giving someone feedback. Look at these examples :

“You are pretty but you need to lose some weight” (run after saying this!)

What just happened? The focus of the person shifts to the area of improvement. Almost like the positive remark was not made at all. The word BUT is a way of negating whatever precedes it. I don’t mean to say that the word needs to be thrown out of the dictionary altogether. It’s useful in several other contexts. In fact, there are some statements that almost can’t do without it. For example, “He wanted to come but couldn’t”.

I am specifically referring to the case where we are giving feedback to someone. This is where the innocent but… backfires!

So, here is the alternative. Use the word AND instead of BUT.

“You are pretty and you need to lose some weight” ( caution : the and won’t save you from the repercussions 🙂 )

The positive part of your feedback remains intact. You are giving both parts of the statement equal importance and will impact the listener accordingly.

It’s also recommended to use the method of sandwich feedback. Give something positive, follow it up with an area of improvement and end it with another positive remark. We all like to hear good things about ourselves. So the first positive comment puts the person in a good state. The following statement will now be better received. The final positive comment puts the person back in a resourceful state. It’s the best way to seal the deal.

It’s important to not say positive things for the heck of it. People usually detect feedback that isn’t genuine. So, if you can’t find anything good to say, hold off the other stuff as well. At least, till you find something. In that case, you need to examine your own state because usually nothing is all bad and no good.

The word ‘feedback’ is often associated with saying stuff that is negative. I think to get through to the other, balance is the key. If you only want to talk about what the person could have done or been its actually a really easy thing to do. Anyone can do it without lifting a finger. The balance causes the person to give you his attention. When you talk about both sides of the coin, that’s when you increase your chances of actually getting through.

We can’t really hold back everything we want to say. We can, however, employ methods that will tip the scales in our direction.